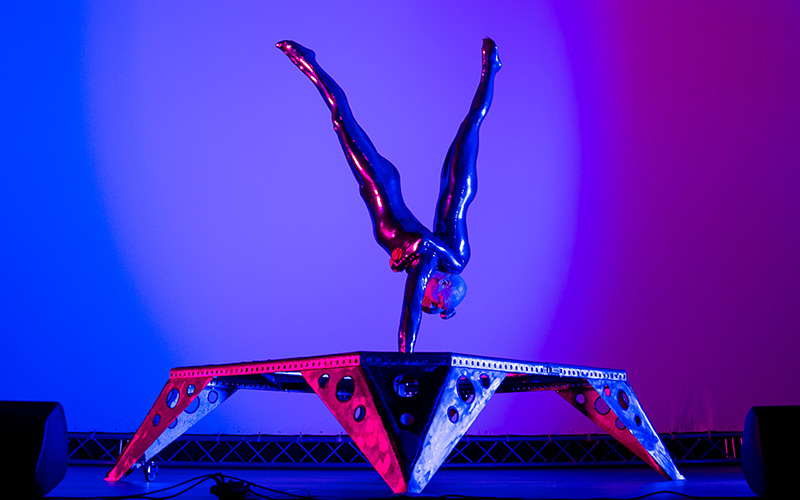 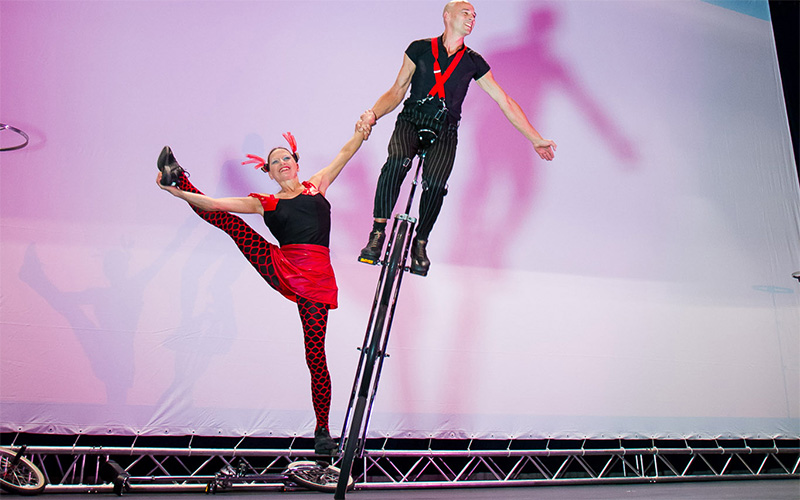 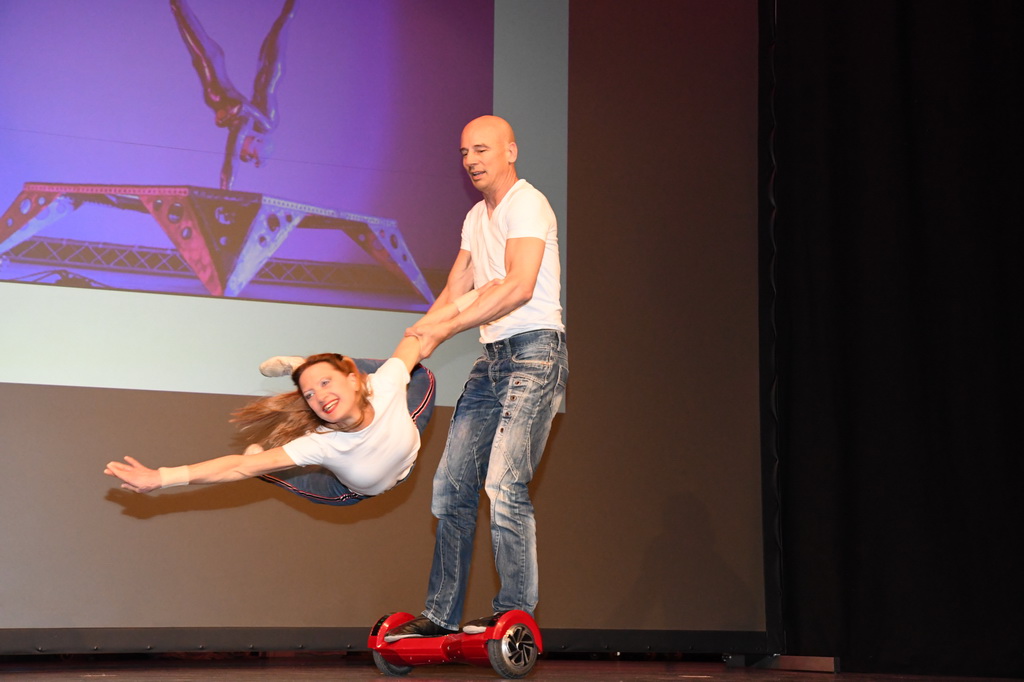 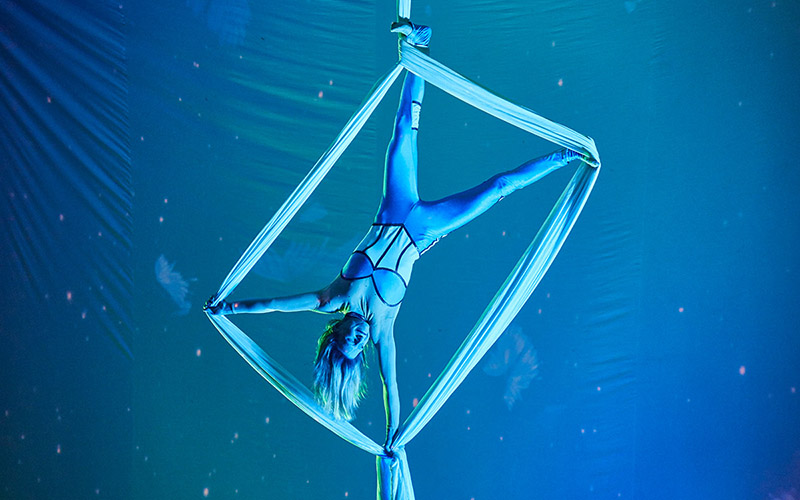 They have visited not only Europe, but also Japan, the USA, Canada and the Arab Emirates and left the audiences fascinated by their versatile show.

Their repertoire features the acrobatic number “Living sculptures”, which has been awarded several prizes; e.g. with the “Kleiner Prix Walo”.

The greatest international comedy festival in Montreal invited them with their unicycling number “Two on one wheel”. The performance had been awarded at the Unicycling World Championships in Minneapolis and the World Cup in Shizuoka, Japan.

Video of the standing ovation in Karlsruhe, Germany!